As seen in the super-duper 5th birthday party of 2012, the target game! 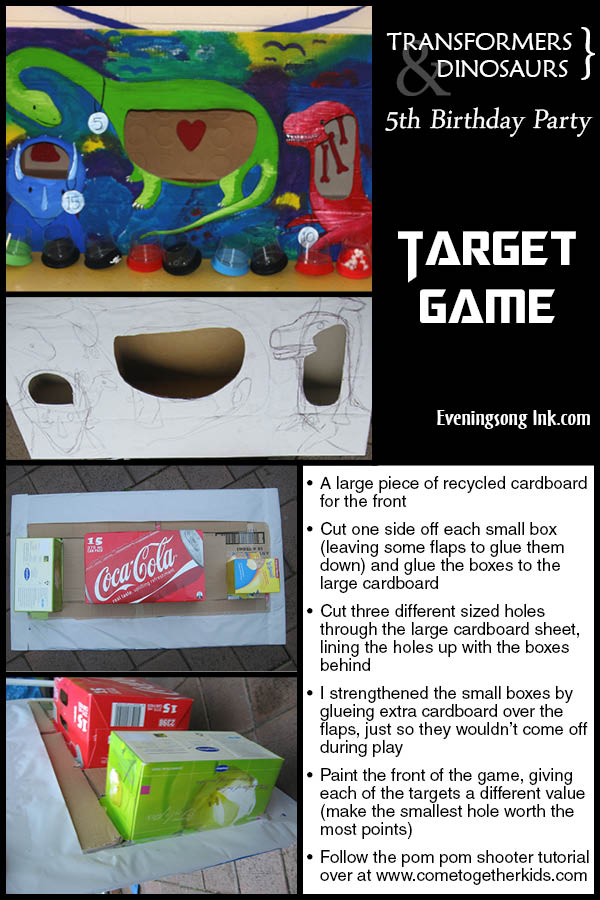 The shooter tutorial can be found at Come Together Kids. That is where I originally saw the idea and I won't rip of the concept by making my own tute :)

At most this project will cost you a couple of dollars. At best, it will be free! I always keep a few plastic cups and balloons in the cupboard for when I have a party.

I picked up the clear standard plastic cups and found them strong enough to support the balloons on their own. No need for doubling up the cups.

Hi! Thanks for taking the time to visit my blog. I hope you find some inspiration, humour and fun while you are here.

Please feel free to comment and if you try a tutorial or pattern I would love to see your result :)

Now for the legal bits...
Please note, all words, work and images are copyright Nicole Fowell/Eveningsong Ink. Full copyright and usage terms on the About Me page :)

And remember: Handmade = better made. Join the handmade revolution and support yourself, artists and small business people. Help me put the meaning back into gift giving and celebrations!